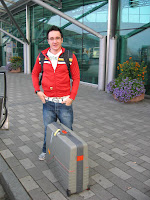 It all started with a dream. A dream of a successful exchange experience. The top pick for me was Queens and I havent' regretted my decision once I got to know the wonderful people who live and do their exchange here. Kingston will never be the same for us, because a big part of the exchange magic was in the people that were there with you! From the initial orientations to Niagara; from Montreal to the "soccer dome of Kingston"; from Princess to Collingwood; from Boston to New York, I've been able to share these experiences with wonderful personalities.

The many wonderful people I've met and been fortunate enough to call them friends have taught me new things about life and about myself. To them, I now salute and take a bow. 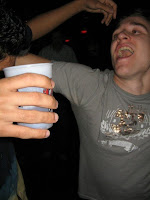 I'll be heading to Boston next Wednesday morning to spend the Christmas holidays with my American relatives. From Boston I'll continue my trip to the West Coast to hook up with the Abu, the metrosexual member of the Pussikaljahukka organization, and to wreak some havoc in Las Vegas, San Fransisco and Los Angeles, at least. Ilkka already has some plans lined up, and I can't help but feel a great roadtrip coming up!!!

Hope that you all have a wonderful Christmas and a successful next year! Enjoy the holidays and I'll be seeing ya. Sooner or later, that is... :) To everyone I know through my exchange period, have a good life and hopefully this isn't the end of beautiful friendships! :p
P.S. Kristiina, I pass the baton to you now. Rock Kingston next fall like we did this year! Holla, if you need any assistance with your exchange organizing. I've gone through the process here, so I'll know how to help you out, if needed. Babas are resiliant and resourceful individuals, but... "kaveria voi aina auttaa mäessä".

146 And The Case Of The Confused Mutt 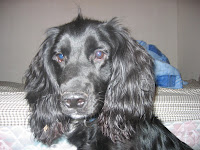 After returning from the bar Saturday night a few girls living on our street came on by and left a dog for us to take care of. The girls had found the dog, which was quickly named Chuck Norris, running rampant on our street, so they decided to take care of him and thought that he was from our house, due to the fact that our house was the only one up at that late hour. After a peaceful night with a new and confused member at 146, a Swedish exchange friend of ours found a note portraying the dog at the Stauffer Library. A phone call later the actual owners were on their way.

And as it turned out, the mutt's name wasn't Chuck Norris, but rather ...Taz. Needless to say, Taz has been reunited with his family and we were treated with yet another weird story to tell to people later on in life, concerning what actually went on during the exchange.

An Example of Kingston Drive-By Sweatering? 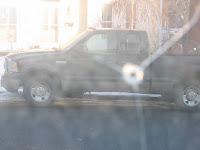 Honestly, who shoots through windows with bebe-guns on Collingwood? I mean, how lame can you possibly be?!

The Jamaican Party (Before the Cops Arrived...)

The farewell party for all exchange friends new and old was held this Wednesday at 146. The theme was picked after heated debates over the topic "Who's stinking up the house?", with the concept of Kingston, Jamaica compelling us to go out and get trashed. Jamaican style. Suffice to say, this was easily achieved and the house that became the symbol and cornerstone of exchange activity here in Kingston this past fall gave everyone the royal farewell only 146 can deliver. 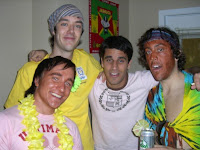 Me, Martin, Dan n' Dan getting into the Jamaican feel of things. 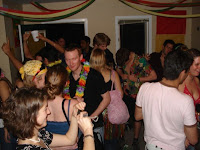 More and more people just kept on coming in... 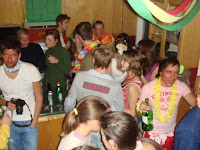 ...And the house was full yet again due to a final drunken exchange escapade! :p 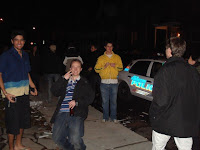 ...And like everything sweet and tasty in life, all good must come to a screeching halt! I thought it was just a cab waiting, but as it turned out, I was mistaken. The dutiful Kingston police had arrived. 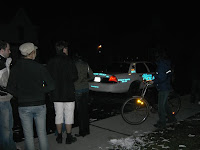 ...On a sidenote, the partying didn't stay in the house, but was gradually pushed outside as well. The carnival feel of shredded paper on the street obviously got someone off big time.

As I've mentioned on a couple of occasions, the Big Apple was conquered last week by the reckless n' flamboyant road trip crew of K-town. We departed Kingston last Wednesday just after six o'clock in the morning and got back home late into the night on Saturday. The trip can be summed up as being awesome, a success, and a perfect choice for us seasoned road trip veterans! :p

We were able to squeeze in a lot of activities and by the end of the third day everyone's legs were beginning to feel the endless walking that had occured ever since we got ourselves into the beacon of mixed things on the Atlantic coast. From seeing art in the Metropolitan Museum of Art (MMA for short) to shopping at a discount department store situated only a block away from the WTC-hole (they're just making the foundations for the future buildings, so it's merely a gigantic hole in the middle of the finance centre of NY), and having an oriental dinner at Chinatown (...and an Italian dinner in Little Italy:), our trip was a flexibly structured mixture of everything the city had to offer. And to think that we barely scratched the surface... 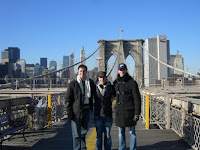 Leaving Aman hang to dry at the UN Building (sorry, mate!), we headed to the Brooklyn Bridge and enjoyed the wonderful views the structure had to offer. A breathtaking walk indeed. On our way we were able to eat lunch at a traditional American diner and see the Gotham-cityish City Hall. 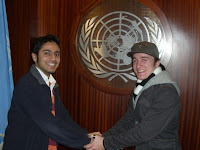 After seeing the same facilities that top politicians use, e.g. the General Assembly Council, we decided that it was time to enhance the relations between India and Finland. After many bottles of consumed Bacardi 151 and Canadian Sola white wine, the successful and warm-hearted negotiations between the two middle-sized nations came to a happy end in front of the UN emblem. 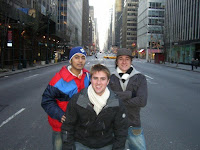 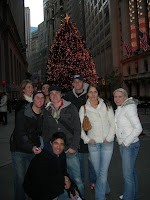 Some of the veterans of road trippin' pose in front of the New York Stock Exchange. The weather was beautiful during our entire trip which meant that no umbrellas that had been forgotten in Kingston were missed. One cell phone, on the other hand, was left behind. No one will ever know where it was lost, but to our knowledge, it's still out there. Someday, Kaisa, it'll find its way back home. 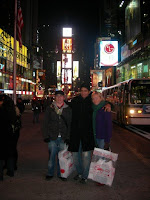 One is a bit in awe of Times Square, when they're introduced to it for the first time. It's a good mixture of pop culture icons as well as everything superficial in America. Other places which we we're able to visit and experience included a bar called "Off The Wagon" in Greenwich Village, where you basically go just to fall of the wagon with 7$ pitchers *enter drum solo*, Fifth Avenue, a surprisingly bad Broadway show called Christmas Spectacular (for me the show was a spectacular piece of sh*t!), and the soothing atmosphere of Central Park.

Nothing much to it, the video will speak for itself of how wonderful the exchange has been for me and my new friends. We truly are the champions of something spectacular and unforgettable. Mucho cheerios for Dan the Skipper for providing us with such a blast of entertainment!

Got my bus ticket to Boston and my plane ticket to LA today. Tomorrow we're having a final theme party at 146, this time we're going all out Jamaican on everyone's ass!!! :p

A post from our trip to the Big Apple will also continue, so stay tuned, kiddies... 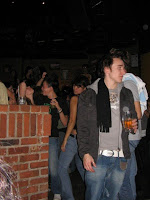 Well, kiddies, how is everyone? Anyone fancy a pint? I'm feeling a bit strange since I've finished all my classes, our trip to NYC is in two days and I'll have to pack up my belongings here within the next two weeks. Then that'll be it. Exchange, no more!!! Oh, how will my life change...? 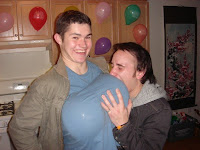 We'll have none of that. 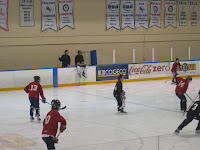 No hockey, but floorball instead. 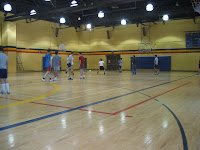 Indoor soccer is always a possibility. Maybe the Ehawk organization will have me, no one knows. I'm off now to write my last individual assignments. After them I'll have one exam on the 19th and that's it. Catch ya laterrrrr! 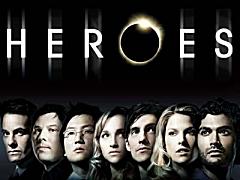 What I currently listen to:

What I use the net for:

Let me entertain you!